Showing posts from June, 2017
Show all

Jews, Muslims, and the Nobel Prize

June 28, 2017
Great observation here: There are approximately  1.6 billion Muslims  in the world,  a figure that may rise . There are roughly  14.4 million Jews  in total. The disparity in numbers is remarkable. So is the disparity in Nobel Laureates. Take a deep breath. There have been  twelve Muslim Nobel Laureates  – seven for Peace [...], two in Literature, one in Physics, and two in Chemistry. For a brief survey of how several of these Laureates have been treated by their fellow Muslims, see Gordon Fraser's  Oxford University Press article . As for the tiny Jewish population, there have been  193 Nobel Laureates , equaling 22% of Nobel Prize winners overall. Read the whole article HERE .
Post a Comment
Read more

Very interesting and wide-ranging article here by the David Goldman (aka, Spengler) over at Asia Times. Some choice morsels. On Sweden: Even in liberated, feminist, gender-neutral Sweden, there is something more horrible than rape, something horrible enough to persuade the political elite to sacrifice the physical and mental health of tens of thousands of Swedish women. That is the horror of social disintegration in the Muslim world. Sweden opened its borders to refugees twenty years before the migrant flood arrived on Germany’s doorstep, and the foreign born rose from 9% of the population in 1990 to 15.4% in 2012. Foreigners have a higher birth rate, so the percentage is higher including second-generation immigrants. And an interesting point about the "character of the people" and the civil war in Syria: The death of Muslim civilization is too horrible for the Germans to contemplate, because the bell tolls for them, too. And it is particularly painful for Ger
Post a Comment
Read more 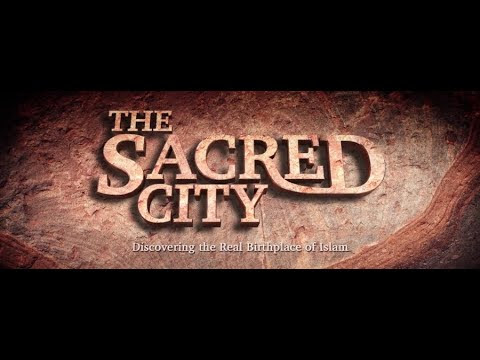 Every year new research on the early history of Islam comes out. It is very exciting! Here is a video about one researcher, Dan Gibson , who argues that the original birthplace of Islam was in fact Petra (in the Hashemite Kingdom of Jordan), and that the city known as Mecca today in Saudi Arabia didn't even exist at the beginning of the Islamic calendar (begins in 622 AD). Here is a trailer, though the entire movie , The Sacred City , is at Amazon: If you really into the topic of Islamic origins, I also note that Gibson has a newly published book, Early Islamic Qiblas . I understand that the book develops in much greater detail the argument in the movie.
Post a Comment
Read more

June 07, 2017
Part XXIV: Terror in London, Nihilism, and the Islamic State by Abu Daoud Some time ago I received an e-mail from a colleague and friend with ministry experience in the UK and Africa. He asked some questions about Islam, terrorism, and the Islamic State. I thought I would share my answers to his questions with you all. His questions are in italics. I am (rightly or wrongly) slightly put off by some Christians who are very anti-Islam and see ISIS as the true face Islam. But I wonder if ISIS is not a Western phenomenon in many ways? You are right in that many Christians are indeed very anti-Islam. I think it is important to not assume that ISIS is 'the' face of Islam. On the other hand, to dismiss it as 'not Islam at all' as all the pols in the UK (and many in the USA) do--that is clearly wrong too. When I share with Christians here about Islam, which I do often, I encourage them to form Christ-centered relations with Muslims. If Muslims are in fact the ene
Post a Comment
Read more
More posts