Showing posts from October, 2016
Show all

October 18, 2016
Good article here by Daniel Pipes titled " Islamist Violence will Steer Europe's Future ". Here is a portion: These two drives – expiating guilt and replacing nonexistent children – then combine to encourage a massive influx of non-Western peoples, what the French writer Renaud Camus calls “the great replacement.” South Asians in the United Kingdom, North Africans in France, and Turks in Germany, plus Somalis, Palestinians, Kurds, and Afghans all over, can claim innocence of Europe’s historic sins even as they offer the prospect of staffing the economy. As the American writer Mark Steyn puts it, “Islam is now the principal supplier of new Europeans.”
Post a Comment
Read more

My new book: Sharing Jesus with Muslims in America 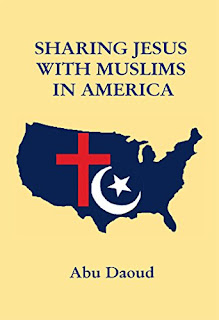 Dear Friends, I am very happy to share with you this new book which is available both in print and Kindle editions through Amazon . The Muslim population in the United States is growing quickly, and there are no signs of this growth slowing down. So how should Christians respond? With fear? With tolerance? By ignoring Muslims?  Or with boldness, hope, and the Good News of Jesus Christ, clearly the biblical answer. For centuries the church did not go to Muslims with the gospel because Christians thought it was too dangerous or too difficult. Now God is bringing Muslims to America where Christians can lead them to Christ. But when I share this opportunity with churches around the country, I'm asked, “But how? How do I meet Muslims? How can my church make the connections?” This book seeks to answer those questions and more. If you are a Christian, I hope you will open your heart to God’s plan for Muslims in your community.  You can start by reading this book.
Post a Comment
Read more
More posts