Showing posts from February, 2012
Show all

Just how stupid is Sarkozy?

February 29, 2012
As President Sarkozy told Maronite Patriarch Bechara Rahi during his official visit to Paris last December, the best protection for Eastern Christians and the true guarantee of their survival in the region is the establishment of democracy and the rule of law in Arab countries.  From this article at Foreign Policy, a great publication. But no, M. Sarkozy, democracy will destroy Christians in the Middle East, not save them. Rather, your idealistic, illusory thoughts that democracy is possible among Muslims will destroy Christianity in the Middle East. The First Law of the Muslim world: a secular tyrant is better than an Islamist tyrant. Second Law: Muslim-majority countries may have tyranny or anarchy in the long term. Third Law: Muslim-majority countries have no other options. Muslims can have Islam, or freedom. Not both. Never.
Post a Comment
Read more

February 29, 2012
I really enjoy Justin Long's great blog on all things missiological. I mean, it's even better than mine, and he is more diligent in blogging too. Check it out, under J Long in my blog-roll.
Post a Comment
Read more

Egypt: Meet the new boss...same as the old boss

February 24, 2012
As I have said before, Islamic societies simply do not have the capacity for freedom and liberty . Just as a cook cannot build a table, and a carpenter can't prepare a great feast, so an Islamic society simply does not have the cultural resources to ensure freedom. This all goes back to the Prophet. Once you take a tyrant like Muhammad and make him 'the ideal man' (الانسان الكامل), you can never have freedom or liberty, or, for that matter, human rights and dignity. اين الاسلام موجود، هناك لا حرية From USA Today: A year after the revolution, many Egyptians -- already suffering under the weight of a wretched economy -- see an undemocratic society where the military and Islamic ideologues are hoarding power while changing nothing. Though some are pleased that a form of law shaped by the Quran is coming to Egypt, others wonder whether they have swapped one corrupt and suppressing dictatorship for another. The hated laws enforced by Mubarak that permitted polic
2 comments
Read more

February 20, 2012
The topic of Iranian Christians is very interesting to me, and here is an interesting paragraph from one writer: For many Iranian Christians, Islam is almost a form of cultural imperialism. According to the understanding of Iranian Christians, in Islam one must have an Arabic name and pray in Arabic and read the Qur’an in Arabic and face an Arab city during those prayers. This is not a satisfactory situation for some non-Arabs. One convert I spoke with explained that in his teens, before his conversion, his father would wake him up early in the morning to say his prayers. He would face the family garden and pray in Farsi. His father reprimanded him for this and he answered, ‘Well it’s better than facing the wall in my room!’ Well worth your time. Check it out here .
10 comments
Read more

One Iranian apostate on 'the fraud of Islam' 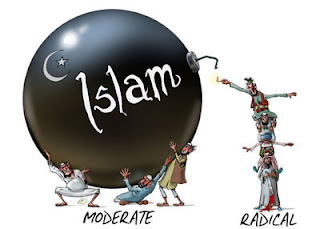 From the website of Amil Imani, an Iranian ex-Muslim, and from what I gather not a Christian, in case you are curious: Adding insult to injury, Islam has powerful and unwitting allies in the masses of good-hearted gullible Americans who bend over backwards to protect the long cherished principle of religious freedom. And it is this magnificent provision of our society that made Hillary Clinton , for example, reissue a visa to the likes of Tariq Ramadan who come to exploit the benign provisions of a benevolent system for establishing Islamic enslavement. Well, gullible Americans, what do you think? Read it all here . And also, check out this provocative cartoon from his website . So again, is this fair or unfair? Accurate or not?
5 comments
Read more

J Casper: A Prayer for Egypt

February 11, 2012
J Casper, over at A Sense of Belonging, is one of my favorite commentators on the current events in Egypt. He is thoughtful, well-informed, and irenic. I especially appreciate his Friday Prayer. Every Friday he composes a prayer to God for Egypt--an insightful and informative prayer. It is a creative model of mission, and I commend him and his blog to you. Most recent Friday Prayer A Sense of Belonging --Abu Daoud
5 comments
Read more

Libya, the Decline of the Nation-State and the Rise of the City-State

February 09, 2012
For those of you, my few, faithful readers, who have been reading this blog for a while, you will know my hypothesis about the future of Europe . (<---Check out the comments on that one, egad!) I don't believe that entire countries will, in their parliaments and whatnot, go Islamic. The shari'a will not come in from above, but from below. As larger and larger urban areas become Islamized (and it is happening very quickly), shari'a will not need to come in from above, through the traditional processes of legislation. Rather, it will come in from below, from people willing to enforce it and profit from it, and from the fact that the ethnic-European police will not even enter a lot of those neighborhoods. So we are talking about de-facto City States, not de jure Nation States, going Islamic. That seems like an incontrovertible trend to me, and I would love to see any evidence pointing away from this reality. The nation state as a model will become increasingly unimporta
2 comments
Read more

Daniel Greenfield on the bankruptcy of Islam

February 06, 2012
A quote from the article: Islam was a predecessor of power movements like Communism and Nazism, its leader worship grimly real, as any cartoonist who has tried to draw a picture of Mohammed knows, or anyone who has seen Shiites cut their children bloody while crying out in mourning for Caliph Ali. Its theology is still incapable of embracing anything higher than its own will to power. Its objects of worship are its warleaders, its soldiers and its atrocities. Greenfield's argument in this article is that Islam is incapable of producing a just, stable government, and that every revolution replaces one sort of tyrant with another. In other words, the Arab Spring is a lost cause. What do you think? Read it all at FrontPage Magazine . And just in case you weren't sure how he feels, one more quote: The Arab Spring is a misnomer because Islam exists in opposition to the spring, to the renewal of human energies and creative capacities. Its natural season is the wastel
Post a Comment
Read more

February 04, 2012
On the one hand the Gospel message cannot be purely and simply isolated from the culture in which it was first inserted (the biblical world or, more concretely, the cultural milieu in which Jesus of Nazareth lived), nor, without serious loss, from the cultures in which it has already been expressed down the centuries; it does not spring spontaneously from any cultural soil; it has always been transmitted by means of an apostolic dialogue which inevitably becomes part of a certain dialogue of cultures. --John Paul II Catechesi Tradendae
Post a Comment
Read more
More posts