Showing posts from January, 2013
Show all

What is a religion of peace? I need your answers

January 27, 2013
A long time Muslim reader of this blog, Abdul Hakim, has posed two excellent questions. I want to invite you to consider and answer his questions: I mostly agree that a religion from God would be peaceful. But I would like to ask a few questions in that regard: 1. Who defines what is peaceful? People have different opinions on things like death penalty, abortion, and even spanking. If people can differ so much in just the US, how much more so about religions that span the globe? Who sets the criterion and says "OK this is peaceful, this is not. This is good, this is bad"? 2. How does a religion being peaceful prove it is from God? Unless you wanted to get into a complicated philosophical discussion that God must be kind (which I don't think either of us want to do) Let me also clarify: I DO NOT BELIEVE THAT GOD IS CRUEL OR UNMERCIFUL. I AM ONLY POSING THESES QUESTION FROM THE PERSPECTIVE OF SOMEONE OPEN TO ALL RELIGIONS AND WAYS OF THINKING. Christians often
8 comments
Read more

When Muhammad hit his wife

January 25, 2013
This is a hadith going back to Aisha: [...] When it was my turn for Allah's Messenger (may peace be upon him) to spend the night with me, he turned his side, put on his mantle and took off his shoes and placed them near his feet, and spread the corner of his shawl on his bed and then lay down till he thought that I had gone to sleep. He took hold of his mantle slowly and put on the shoes slowly, and opened the door and went out and then closed it lightly. I covered my head, put on my veil and tightened my waist wrapper, and then went out following his steps till he reached Baqi'. He stood there and he stood for a long time. He then lifted his hands three times, and then returned and I also returned. He hastened his steps and I also hastened my steps. He ran and I too ran. He came (to the house) and I also came (to the house). I, however, preceded him and I entered (the house), and as I lay down in the bed, he entered the (house), and said: Why is it, O 'Aisha
5 comments
Read more

Half Devil, Half Child

Can a person be a Muslim and a follower of jesus at the same time? This trailer is for a movie critical of that proposition.
21 comments
Read more

January 21, 2013
That is why Islam poses a very specific problem, different from the general immigration problem. Immigrants from, say, Russia or Congo do pose certain social problems, but because they do not militate against assimilation, at least their children are bound to blend in and ultimately become Europeans with the Europeans. In the case of Islam, it is the reverse: the present generation of Muslims is less integrated than their parents. In expectation of becoming strong enough to take our countries over, Islam cultivates separateness for now. Read it all at Brussels Journal .
1 comment
Read more

Why I disagree with same-sex marriage

January 21, 2013
One problem with same-sex marriage is that it treats children like a consumer good. It treats children like a therapeutic tool to make adults feel better about themselves. As a Christian I believe that family exists for the children. The children do not exist for the sake of fulfilling some need that the adults have or feel. The family in turn shows us something about the Triune nature of God and exists as the foundation of all other associations, including the Church and the state. In other words, our churches and countries can only ever be as healthy as our families are. The diversity movement will protest that there simply is not enough research on non-traditional families to say what the impact on children might be. But what we do know is clear. Gay-parent households deprive children of a parent of the opposite sex. Children from families where the mother and father stay together are significantly more well-adjusted, confident, and adaptable than those who do not come fr
Post a Comment
Read more

Anyone read this book on Orthodoxy and Muslims?

January 17, 2013
The Veil Descends For a decade, I've been told by those who think I'm "alarmist" that there's nothing to see here. The seven-year-old whose non-appearance at the teddy bears' picnic goes unremarked . . . the beleaguered National Health Service reeling under the costs of genetic disorders from cousin marriage but now providing free and discreet "hymen reconstruction" for Muslim daughters who got a little over-Westernized one night . . . the infidel women going veiled to avoid trouble in les banlieues . . . the rabbis wearing baseball caps on the streets of Berlin and Brussels . . . Read it all...
5 comments
Read more

Muhammad, unsure of his own salvation

January 11, 2013
Narrated 'Um al-'Ala: An Ansari woman who gave the pledge of allegiance to the Prophet that the Ansar drew lots concerning the dwelling of the Emigrants. 'Uthman bin Maz'un was decided to dwell with them (i.e. Um al-'Ala's family),  'Uthman fell ill and I nursed him till he died , and we covered him with his clothes. Then the Prophet came to us and I (addressing the dead body) said, "O Abu As-Sa'ib, may Allah's Mercy be on you!  I bear witness that Allah has honored you ." On that the Prophet said, "How do you know that Allah has honored him?" I replied, "I do not know. May my father and my mother be sacrificed for you, O Allah's Apostle! But who else is worthy of it (if not 'Uthman)?" He said, "As to him, by Allah, death has overtaken him, and I hope the best for him.  By Allah, though I am the Apostle of Allah, yet I do not know what Allah will do to me ," By Allah, I will never assert the piety of a
2 comments
Read more

Lesslie Newbigin and the Gospel and Culture

January 11, 2013
Brilliant quote here: There is no such thing as the gospel pure and simple. Every statement of the Gospel, and every exercise in the living out of the gospel, is culturally conditioned. And yet the gospel exercises and will always exercise a critical function within any culture in which it plays a part. Newbigin, Lesslie. 2003. Signs amid the Rubble: The Purposes of God in Human History . ed. Geoffrey Wainwright. Grand Rapids: Eerdmans. p. 81.
Post a Comment
Read more

Jesus: a way out of the cycle of revenge

January 09, 2013
One thing I have noticed in my ex-Muslim friends is how they treasure the verse, "Love your enemies; bless those who curse you." In so many Muslim societies there is an endless cycle of harm and revenge, revenge and harm. These grudges can endure for centuries or until one party dies out. Emir Rishawi, an Egyptian MBB has written these touching words on the topic: Jesus has fulfilled the desire of the bygone generations and the prophecies of the prophets by coming to save man and release the nation. But he would not do that by resorting to ways befouled by transgressions, for transgressions cannot be taken away by another transgression. A grudge cannot be taken away by a grudge, sin cannot be taken away by sin, and killing cannot be annulled by killing. Love alone can remove grudges, and forgiveness alone can blot out transgression. To die for the killer is th
Post a Comment
Read more 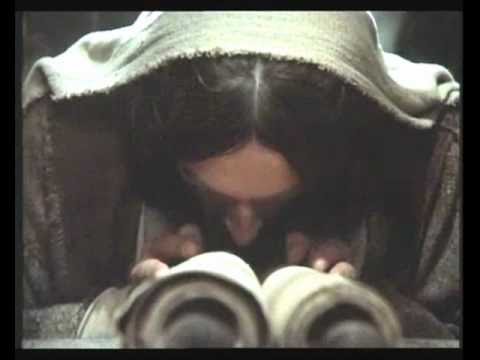 In Iran, pastor Vruir was put in jail on Christmas day of 2012, where he remains. This is a song of his. Here are the lyrics: On a Saturday in the city of Nazareth Jesus entered the synagogue He opened the Heavenly book And he read for the gathered people: 'The Spirit of the Lord has anointed me To preach good news to the poor To set the captives free To heal the broken-hearted.' On the road to t he city of Jericho The Lord Jesus was passing by. A blind man called: 'Oh Jesus, Jesus, have mercy on me' Jesus turned towards him and said, 'What do you want me to do for you?' 'Master, I want to see; To gain my sight from your healing hands' 'The Spirit of God has anointed me To give sight to the blind' That day I heard the Lord proclaim: 'Go! Your faith has healed you!' Pray for Pastor Vruir Avanessian and the Christians
Post a Comment
Read more

Egyptian economy on the verge of collapse?

Mosab Yusef: "What if Israel Disappeared?"

January 05, 2013
Another interesting quote from that book, Son of Hamas : I asked myself what Palestinians would do if Israel disappeared—if everything not only went back to the way it was before 1948 but if all the Jewish people abandoned the Holy Land and were scattered again. And for the first time, I knew the answer.  We would still fight. Over nothing. Over a girl without a head scarf. Over who was toughest and most important. Over who would make the rules and who would get the best seat.
2 comments
Read more

Why do Muslims convert? Love

January 05, 2013
I am often asked why Muslims convert to Christ. The short answer is love. Here is a section from Son of Hamas  by Mosab Yusef on one of the key instances that led him to conversion: I began at the beginning, and when I got to the Sermon on the Mount, I thought, Wow, this guy Jesus is really impressive! Everything he says is beautiful. I couldn’t put the book down. Every verse seemed to touch a deep wound in my life. It was a very simple message, but somehow it had the power to heal my soul and give me hope.  Then I read this: “You have heard that it was said, ‘Love your neighbor and hate your enemy.’ But I tell you: Love your enemies and pray for those who persecute you, that you may be sons of your Father in heaven” (Matthew 5:43-45).  That’s it! I was thunderstruck by these words. Never before had I heard anything like this, but I knew that this was the message I had been searching for all my life.
Post a Comment
Read more
More posts