Showing posts from July, 2012
Show all

Watch it all. I was impressed by the big names and the quality of this video. Much better than that crappy "Muslims are taking over the world" video from some time ago. I do think this also tells only half the story, since many countries (including lots of, but not all of, Muslim countries) have birthrates way above replacement level. But then again, this is only part i so maybe that will be addressed in part ii. Anyway, do let me know what you think an pass it on.
4 comments
Read more

The heavens declare his glory 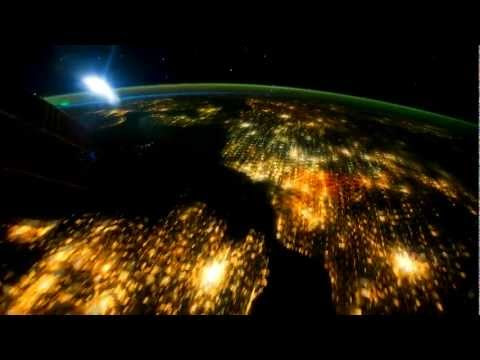 July 23, 2012
It is interesting to see how often the Virgin Mary features in dreams and visions that Muslims have which then contribute to the religious conversion. I posted on one instance of this HERE , some time ago. And I just found another one today, this time from an Iranian man named Ali Majidian: When I finished at the university and graduated in solid-state physics, I began to study Aerospace engineering. Sometimes I went to church and studied more about Christians.   One night I had a nightmare that I was in a desert trying to find gold. Suddenly it started to rain. I found a cave and went in. There were antique statues. Among them I found a statue of Mary, Jesus’ mother, but I saw drops of blood in her eyes. At once I understood that she cries for our sins. Suddenly I ran away and fell. Before me, I saw myself in an antique mirror. I saw myself bloody, dirty and dreadful.   I realized that  only   -   only   -   only  C hrist  can  save people .   J esus is  the  bridge between
Post a Comment
Read more

July 22, 2012
Great quote here: The essence of modernity, according to Kirk and Niemeyer, is the denial that man can know and conform to the transcendent order, and that he must therefore construct his own order, as an extension of his mind. The motto of the modern project was first uttered by Francis Bacon, who said that "knowledge is power." Later, Karl Marx would proclaim: "The philosophers have only interpreted the world in various ways; the point is to change it." The political expression of modernity, of course, is the ideological regime, founded on a rigid system of abstractions which are imposed on society by force. --Gregory Wolfe, "Beauty will save the World"
Post a Comment
Read more

When Muslims may lie

July 11, 2012
Narrated in Sahih Muslim (English version), Chapter MLXXVII, v4, p1373, Tradition #6303:      Humaid b. 'Abd al-Rahman b. 'Auf reported that his mother Umm Kulthum      daughter of 'Uqba b. Abu Mu'ait, and she was one amongst the first      emigrants who pledged allegiance to Allah's Apostle (may peace be upon      him), as saying that she heard Allah's Messenger (may peace be upon      him) as saying: A liar is not one who tries to bring reconciliation      amongst people and speaks good (in order to avert dispute), or he      conveys good.  Ibn Shihab said he did not hear that exemption was      granted in anything what the people speak as lie but in three cases:      in battle, for bringing reconciliation amongst persons and the      narration of the words of the husband to wife, and the narration of      the words of a wife to her husband (in a twisted form in order to      bring reconciliation between them).
Post a Comment
Read more

July 06, 2012
Ran across this fascinating vignette of Onegin Yusif Gadzhikasimov. I always like finding obscure stories about converts from Islam to Orthodox Christianity. I should note that Islam for Onegin was probably more of a sociological category than a real lived faith, given the time period he was living in. Anyway, read it all here in Russian or just use Google Translator to get it in English (or whatever language you like): About Monk Simon Gadzhikasimova
Post a Comment
Read more

Why the West should support al Assad

July 01, 2012
I have been sad to see the lame propaganda in Western media (BBC, CNN, you know) which portrays the 'freedom fighters' as great heroes. This is ridiculous. Many of them are indeed intolerant, ideological terrorists. Yes, they want to get rid of Al Assad who is a tyrannical autocrat. But he is a secular tyrant who has, more or less, let the Christians live in peace. What is the option? A nice democracy with human rights? Ah yes, like the one that Bush built in Iraq, right? I think not... Here is the way the Middle East works folks: there is only tyranny. You can choose between secular tyranny, or Islamist tyranny. Enjoy. There is not third choice.  Read all about it here at the IHT: Saving Syria’s Christian community is coherent with Western strategic interests. If the experiences of Iraq and Egypt are any indication, religious intolerance breeds insecurity and volatility. The Syrian case is no different. Assad’s opponents on both sides of the Atlantic must prevent radical
2 comments
Read more
More posts