Liberty to the Captives-Mark Durie 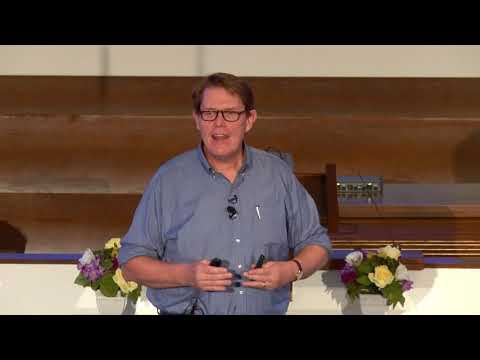 October 31, 2017
Greetings in Christ's name! I really have enjoyed getting to know the Rev. Cannon David Roseberry over the years and working with him to help the larger Anglican community become more aware of a fundamental shift we are going through in the West. The Muslim population is increasing very quickly. That is not going to change. The truth is that Islam creates societies in which no one—including Muslims—wants to live. Many Americans look at this and are alarmed. Now, Christians should voice their opinions on migration and security to their elected leaders in Congress. But, Congress will not and cannot stop the increase of Islam in the USA. So what should we do? What is a Christ-centered response to this situation? Serve them in Christ's name. Share your life with them in Christ's name. Pray of them and pray with them . Muslims are coming to Christ. It's not easy. It's not fast. But it's good. God is doing a new thing. I want you and your church to be par
2 comments
Read more

Islamic State: We're coming back to take over Spain

August 25, 2017
New from you friends at the (failing) Islamic State : In the recording a militant, speaking in Spanish with an Arabic accent, says: “Allah willing, al-Andalus will become again what it was, part of the caliphate. Spanish Christians, don’t forget the Muslim blood spilt during the Spanish inquisition. We will take revenge for your massacre, the one you are carrying out now against Islamic State.”   Another man, whose face is hidden, adds: “Our war with you will continue until the world ends.” Spanish police identified the individual whose face can be seen as Muhammed Yasin Ahram Pérez, 22, from Cordoba in southern Spain. His Moroccan father is in jail in his native country for terrorism offences and his Spanish mother left Malaga in 2014 to live in an Isis-controlled area in Syria.  But did you know that the Barcelona attacks were entirely preventable? Pray for Spain. Pray for revival in her churches. Pray for Muslims to come to Christ. Pray for Christians there to proclaim the go
10 comments
Read more

August 19, 2017
“He wills that we take ourselves with great strength to the faith of holy Church and find there our most precious mother in comfort and true understanding with the whole communion of blessed ones. For a person by himself can frequently be broken, as it seems to himself, but the whole body of holy Church was never broken and never shall be, without end. Therefore it is a sure thing, a good thing, and a gracious thing to will meekly and powerfully to be fastened and joined to our mother, holy Church - that is Christ Jesus.”  ― St.  Julian of Norwich ,  Revelations of Divine Love
2 comments
Read more

August 11, 2017
It's amazing that studies even have to be carried out. But we live in a world where few people seem to have the ability to accept people's explanations for why they do the things they do. Muslim terrorists are pretty clear about things. Yet the liberal media keeps insisting that even though it looks like a duck, quacks like a duck, and smells like a duck, it's really a turtle. But this is our world today. A strange one, no doubt. Now, you may want to site down for some shocking news. Ready? A recent study has shown that Islam is in fact what motivates Islamic terrorism. I especially liked the comments of Raheem Kassam. Here are some choice morsels: Indeed, the only reason that some were surprised by the study's results at all was "because we have now had decades of indoctrination in this regard," he told LifeZette. "We are continually force-fed false narratives that are built to advance multiculturalist agendas and fetishization, usually in the na
1 comment
Read more

GK Chesterton on Modernity and Christianity

August 07, 2017
Ran across this fine quote from Chesterton from his book, The Man who was Thursday: A Nightmare . "Do you see this lantern?" cried Syme in a terrible voice. "Do you see the cross carved on it, and the flame inside? You did not make it. You did not light it. Better men than you, men who could believe and obey, twisted the entrails of iron and preserved the legend of fire. There is not a street you walk on, there is not a thread you wear, that was not made as this lantern was, by denying your philosophy of dirt and rats. You can make nothing. You can only destroy. You will destroy mankind; you will destroy the world. Let that suffice you. Yet this one old Christian lantern you shall not destroy. It shall go where your empire of apes will never have the wit to find it." There is brilliant insight here I think. That modernity creates things that are inherently temporary and ephemeral. I suspect this is true.
1 comment
Read more
More posts